Yay! Today is the first day of me feeling normal and awake again. For the past two weeks, I had been ill again… Due to a bout of the shingles, which thankfully were not bad. I had chicken pox as a child, so since then I had that Virus in me. In the first days before anything became apparent, I had severe fatigue and I just didn’t feel right at all. Then at the end of the Easter weekend, the rash started, but just a very small area on the right side over my ribs. Went to the doctor right after the Easter weekend and got a Antiviral and pain meds prescribed. Thankfully the antiviral medicine was able to prevent it from actually breaking out fully, since the treatment was started early enough, and because it was a mild case.

The medicine made me very tired though. As long as I did something I was ok, but as soon as I would sit down and start to read or write, my eyes wanted to close. Many times over the last week, have I fallen asleep while sitting on the couch with my ipad… Hilarious!

I’m finally feeling fully awake again today. Hopefully I’ll have a good phase without migraines for a bit, because there’s so much I want to do and I’m looking forward to be able to catch up with all of your lovely blogs, as well as with all our furends on instagram and twitter ❤️️

Murli is doing purrfect! But she’d love to have more days with comfortable temperatures and sun puddles to nap in. Unfortunately, our weather here in Austria, and other parts of Europe, continue to have unusually cold weather. First there was the stormy and cold weather I wrote about. Then a few days with milder temperatures and a bit of sun followed. The Foehn wind was howling again on Tuesday and brought warm air from the south. The next day, the Foehn wind was gone, but the temperatures were falling again, which created more wind, just not Foehn wind. Today it’s grey, dark and rainy. The mountains are also getting snow again and it’s possible that we’ll get some of it as well.

But we will enjoy a cuddly and comfy weekend. Murli on my lap, and a coffee next to me, I’m not complaining at all. The only thing I worry about is how animal and plant life are coping with that kind of weather.

Here is a video I took on Tuesday, as the Foehn Wind was howling through the door. Murli isn’t afraid of those things, as they’re happening all the time and she’s used to it all. But her little nose is sniffing into the air, as the air current brings all kinds of smells with it I’m sure😸

In the video, Murli is about to get her meal, and she knows of course. I was about to go into the kitchen, when I decided to film that howling of the wind. I’m kind of sure she’s thinking what I’m doing there filming the door, instead of getting her meal ready lol…

I also wanted to show you one of the trees that grow on the river bank, that had fallen during those stormy days after the Easter weekend. I came across that fallen tree on my way to a grocery store. There were many fallen trees more along the river banks. But I’m kind of sure that the trees that did fall due to the wind, were already weakened in some way. (You can click on the images to see them in a larger view) 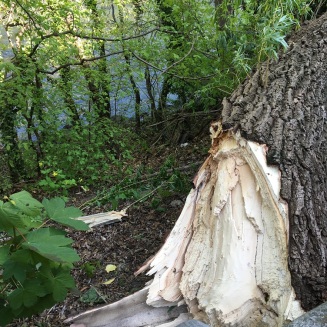 I also found a left over Christmas tree 😂😹 I had to think of Siddhartha Henry’s LadyMum Sherri-Ellen of nylabluesmum.wordpress.com when I saw that Christmas tree, because we were talking about exactly this kind of thing shortly after Christmas and how people throw Christmas trees down the river banks and into rivers and all kinds of other places lol.

Hope you all are doing fine! Murli and I wish you all a pleasant Thursday!

I have a bloglovin account, that I actually had for some time, but but always forgot to put my blog to my account there lol. This post is to verify that I’m the real writer of this blog. Otherwise, anyone could claim any blog as theirs lol.

It’s overcast with a little bit of sun here and there. Right now it’s 10°C (50°F), but it feels much cooler due to the chilly wind. We might still get some rain later.

There’s still more city to the right, but I don’t have pictures of it yet.

The map above shows my state of Styria. The purple arrow to the bottom right just shows where north is exactly. The other smaller arrow points into the direction of the snowy mountains you see in the photos above the map. If you click on the map, it will be larger. Like I said, there’s another smaller valley behind the snowy mountains. After that small valley, there are the higher mountains. As it shows, the mountains just get higher and higher. All of the mountainous region you can see are the alps. All of it. It’s VAST. And beautiful ☺️ The highest mountain in my state is at 2995m (9826ft) and it’s called the “Dachstein” which literally translated means “Roofstone”.

Here’s an english Wikipedia article about the “Dachstein” (LINK) and a list of the highest mountains in Austria (LINK).

Just thought I’d post about it, because I was talking about mountains with some furends 😺

Murli wants her pic in the post too, just because she’s cute 😂😸 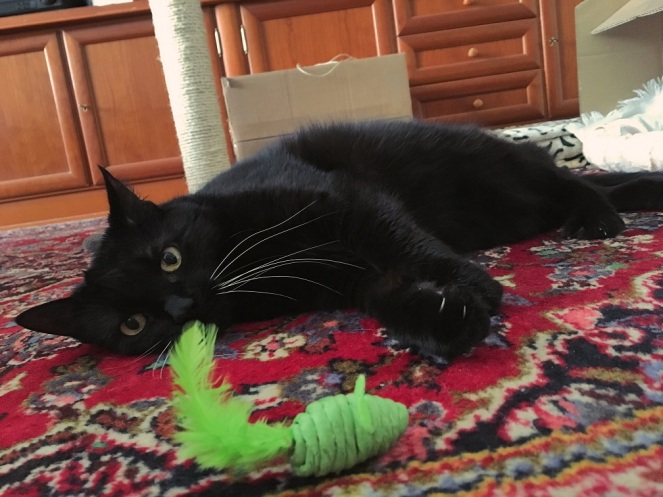 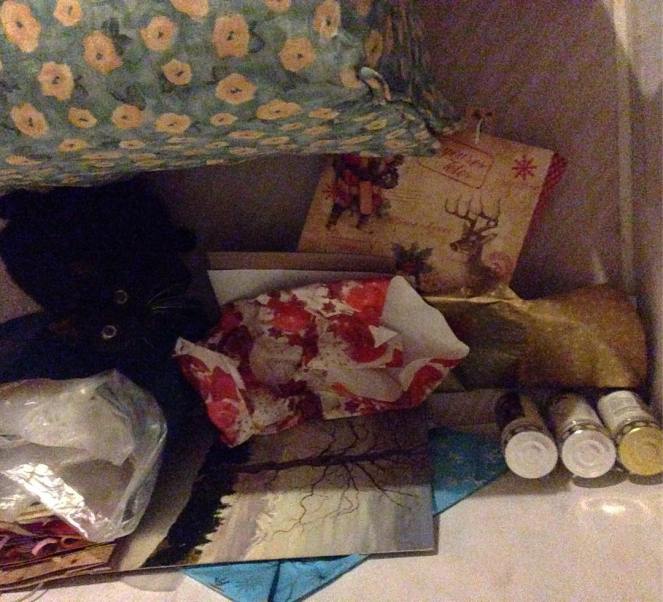 Murli found the stash of wrapping paper & stuff from Christmas😹 The paper on the floor & the fallen over bag is all her work💝 She was probably just checking to make sure we didn’t miss any presents in there🎁😸Sorry for the quality… Murli is really not easy to take pics of in low lighting lol…
via Instagram http://ift.tt/2i0lr4B

Freedom and life loving Catlady Blogger. Happily married to my awesome husband Ralph. I post about our life with the cats and what’s going on around us in this world. Also, I hope my cats can make others smile a little and make them feel less alone when they’re included into our little world.

Find out more about me and the cats here: About Page

If you are able, supporting us would help so much. Become a part of our little world and get more personal posts and videos, right out from life with the cats and everything else that’s going on around us.

I explain my reasons on this page a bit. Thank you so much!

Here are some of the direct links to their sites as well: